Written by Celine Schwarz
Updated over a week ago

In the Advertising section of facelift, you can create campaigns for your Facebook ad accounts.

👑 facelift Advertising is only included in certain facelift plans. Find out about plans and prices here.

To create a campaign, open a project in your ad account or create a new project. In a project, you then have the option of creating a campaign via the green button. First select what kind of campaign you would like to create.

Depending on the preferred campaign type (Objective), you will be guided through the corresponding process. Before the contents of a campaign are created, you can use some (partly optional) configurations. 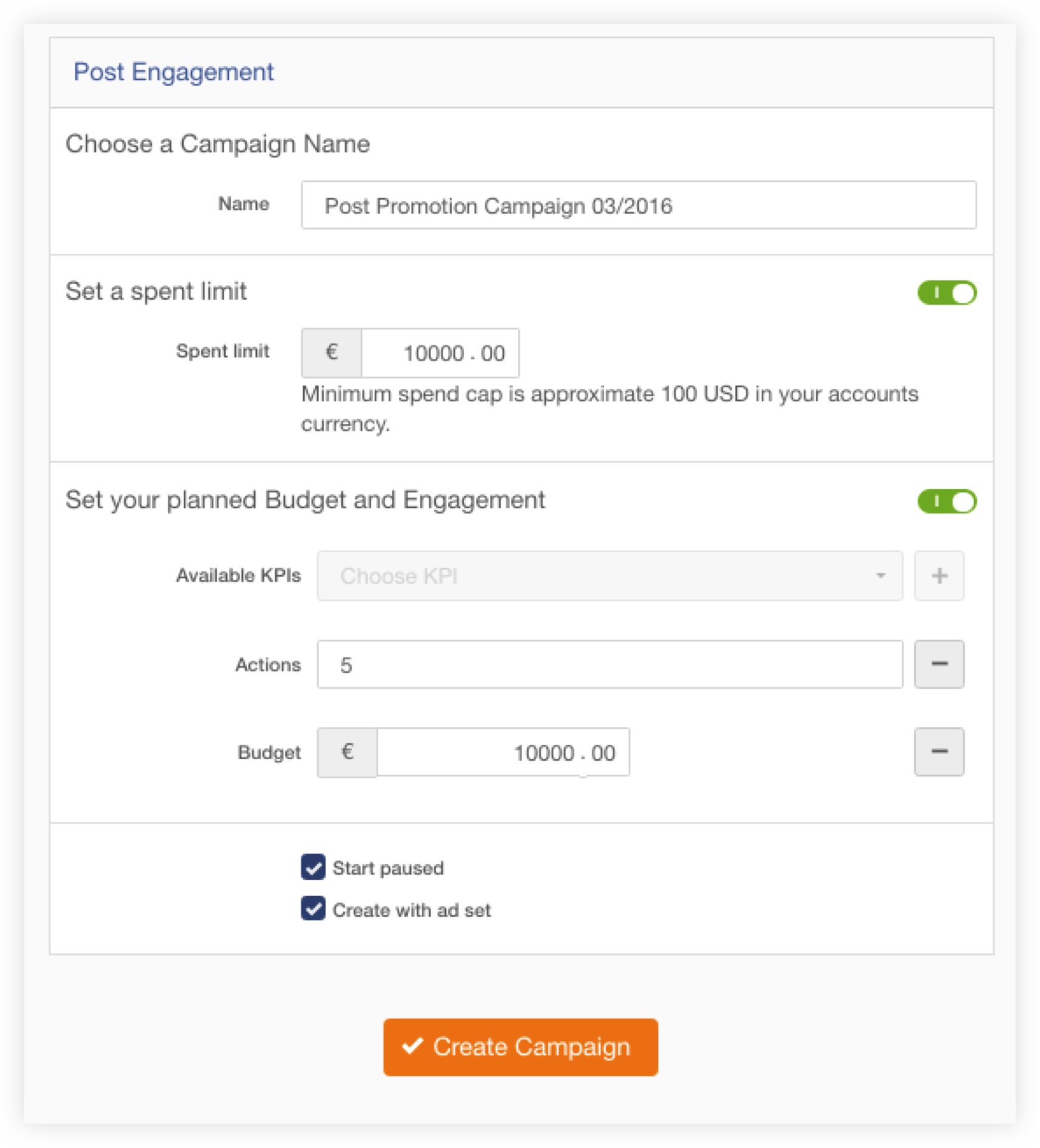 Fill in the following information or make the settings:

💡 In the budgets, the number of actions (e.g. campaigns) or a monetary limit can be specified, from which actions or money are subtracted. If the limit is reached, associated actions (projects, campaigns) are NOT automatically stopped. Budgets serve as a mere overview of the actions and expenses per project.

Once the settings for the campaign have been made, the campaign can be created with further content via the orange button.

If a Post Microsite Engagement campaign needs to be stopped unexpectedly because some information (such as a wrong link) needs to be changed, it is necessary to create a new campaign as soon as possible.

After the campaign has been paused, clone it using the three-dot menu next to the title. 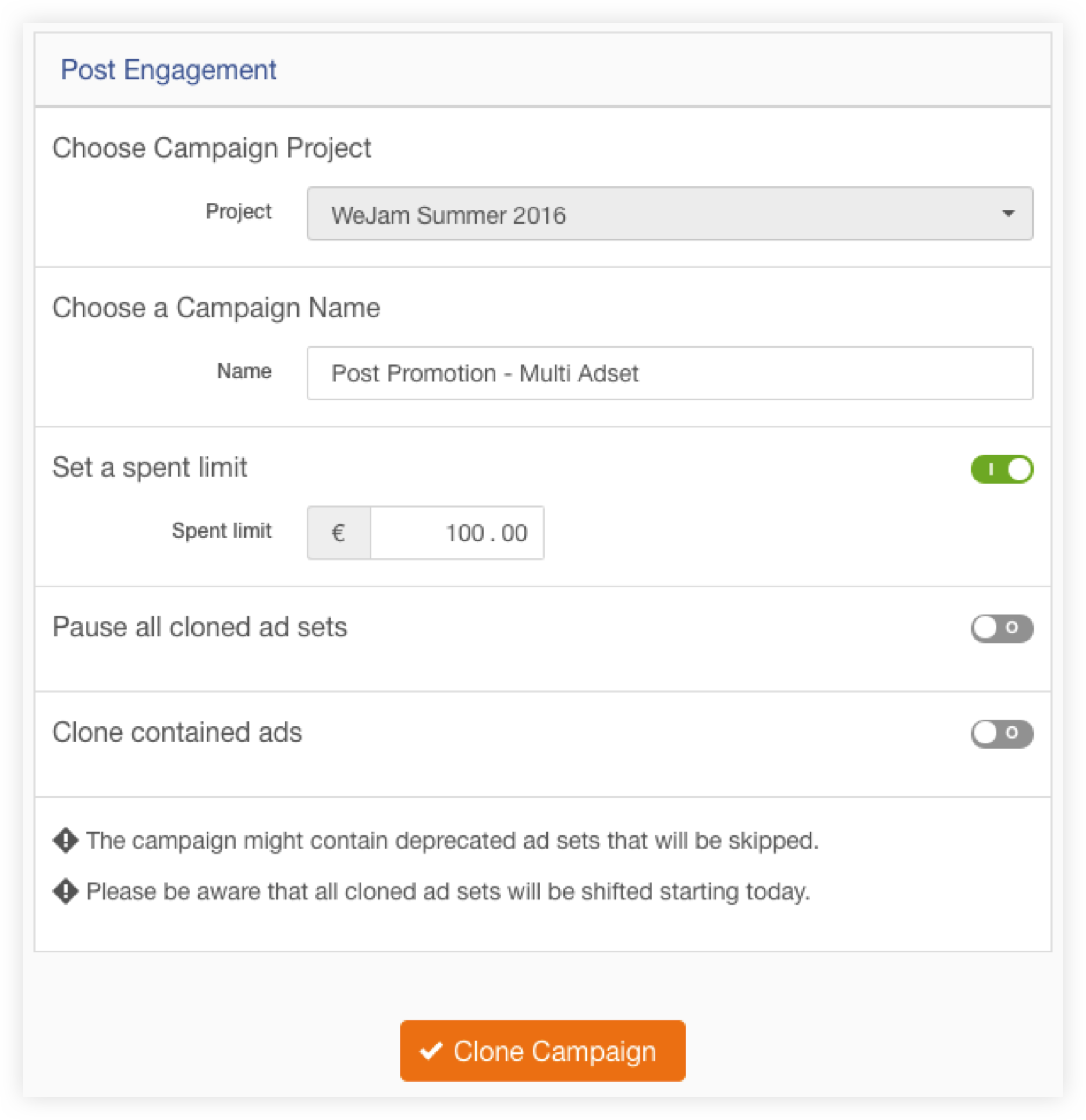 Now edit the cloned content. To do this, go to the cloned AdSets - create more here if necessary. Of course, this is also possible on other levels:

Once the post is created, the campaign can be created as usual. When creating the creatives, you can select the corresponding page and the new post.

If you have not yet created a new post, this can be done immediately in the Publisher: Simply duplicate the previous post and make the change in the duplicate.

Did this answer your question?